Compatibility: Microsoft Flight Simulator
Just Flight are excited to bring you four variants of the F28 Fellowship regional jet – the 1000 to 4000. Announced in 1962, the F28-1000 first flew in 1967 and entered airline service in 1969. The stretched 2000, 3000 and 4000 variants followed in the 1970s, and production ended in 1987. The aircraft proved to be popular and entered airline service around the world, with the last commercial operation ending in 2018.

The F28 for Microsoft Flight Simulator features a native model and 4096 x 4096 PBR materials for the highest possible texture detail and clarity. Realistic animations include dynamic wing-flex, all passenger, service and cargo doors, and the distinctive spoilers and tail-mounted airbrake.

Moving to the cockpit, the Captain, Co-Pilot and jump-seat positions are modelled with nearly all switches, knobs and levers animated and functional. The aircraft will feature custom-coded autopilot, hydraulic, electrical, engine bleed, fuel and pressurisation systems. Wear and tear based on extensive reference photos and custom sounds will produce an authentic cockpit environment, with highly realistic flight dynamics completing the immersive experience.

The F28 Fellowship will be supplied with a range of liveries from around the world, reflecting its wide and varied airline service.


Here are some new shots showing the cockpit night lighting work. And now the cockpit systems coding gets underway...

The majority of the exterior texture work is now complete and work moves to internal visuals and coding of the extensive systems. So there's still some way to go in terms of the development process on this one but hopefully these latest shots will give a good indication of the level of quality you'll be looking at for this one. More development updates to follow. 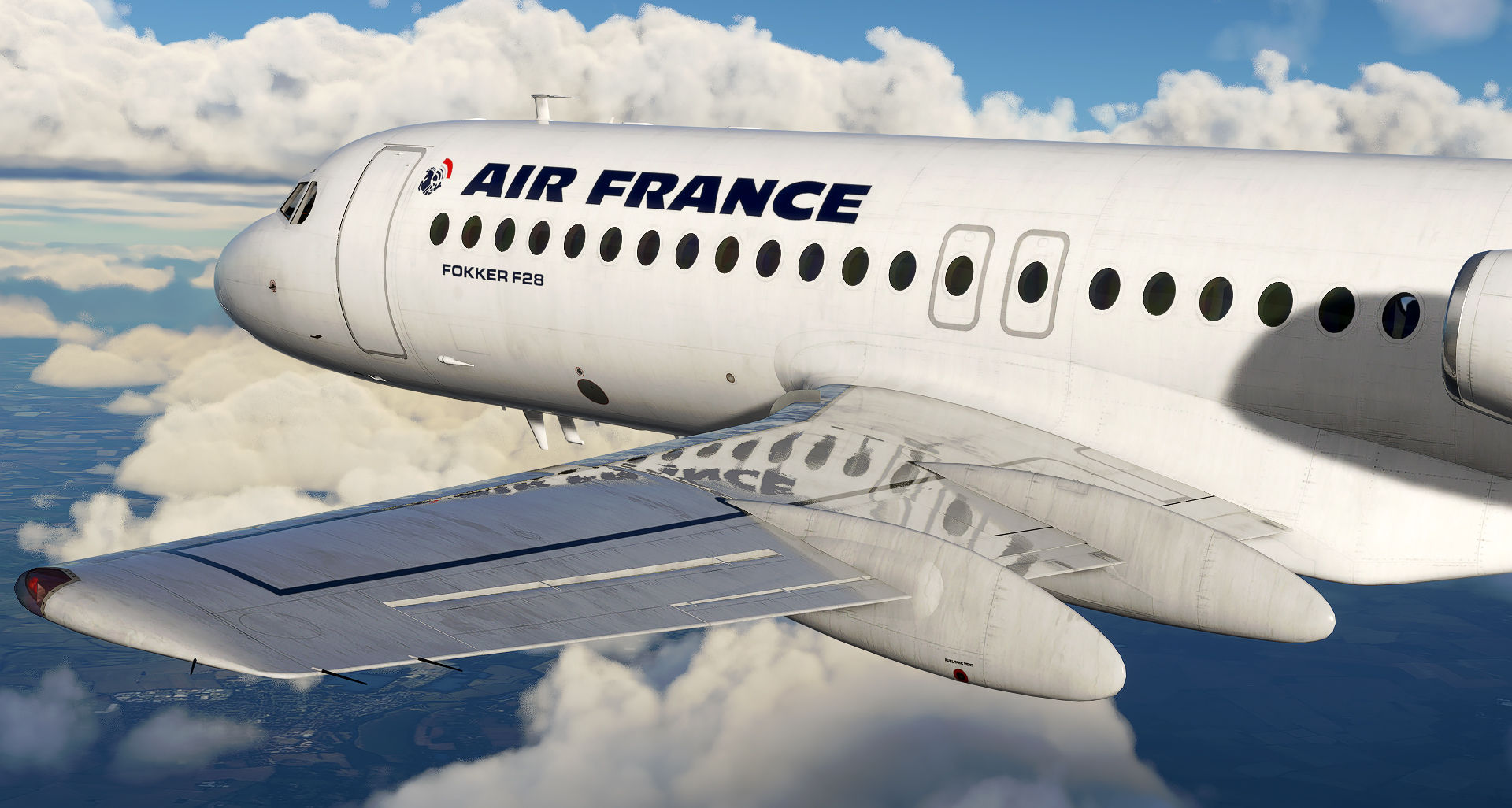 
Development work is now well underway on the F28 Fokker Fellowship and we're glad to be able to showcase this first set of screenshots for you. These are WIP of course but nice to see this new regional jet inside the sim.

Email me when available